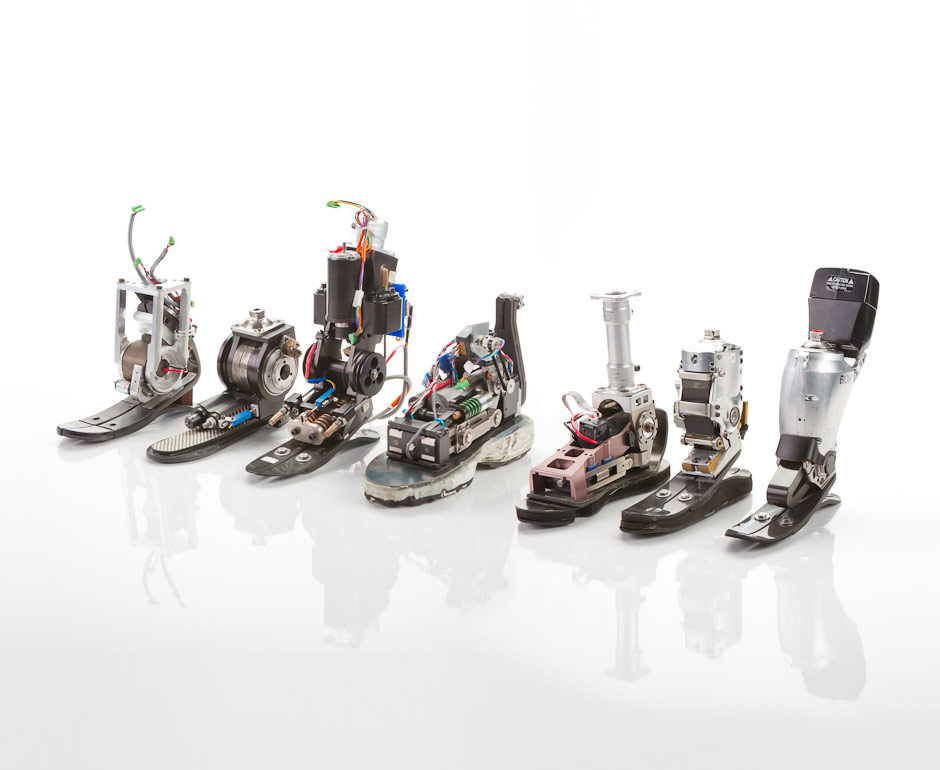 On the first anniversary of the Boston Marathon bombing I wanted to share a TED talk by Hugh Herr, head of MIT’s Media Lab’s Biomechatronics group. A double amputee himself he demonstrates what prosthetics, biomechanical limbs are capable of and what they can do into the future. He maintains that people are never broken, but the technology is.

To demonstrate what he can do, he brings to the talk ballroom dancer Adrianne Haslet-Davis, who lost her left leg in the Boston Marathon bombing, to perform for the first time since she lost her leg on the TED stage. It’s a modest, but emotionally powerful dance. As someone who had a traumatic lower leg injury and nearly lost a leg to a sporting accident I can tell you, that not only standing up straight and walking, but dancing, and having the mental strength to do so is awe-inspiring. The leg’s movements are phenomenal and I’m inspired to see that had I lost a leg, maybe I’d be very OK today.

In listening to Hugh Herr talking about the fact that in the near future ‘everybody’ with a missing limb will have these advanced prosthetics, I’m wondering who’s going to pay for all of this. These are certainly advances for the developed world, but even in America with the rapid decline of what’s left of the middle class and health care coast soaring with baby boomers now all aged into AARP recruitment age, we can’t afford bio-mechanical limbs for all that are ‘broken’, sorry, all that are dealing with broken technology… at least not at current cost I would venture to guess.

I fully understand that we need people like Hugh Herr to test (on themselves no less) radical advancements in medicine and technology and that in the beginning it’s a few chosen who get to try these advancements out, but at the same time there has to be a conversation about scalability and affordability, as well as a conversation about device maintenance and consequences of malfunction.

I’m awed by Hugh Herr and his team and I know he only had 20 minutes of a TED talk to get his point across to the audience, I just hope there’s someone in his lab working with an excel spreadsheet calculating affordability for war veterans, regular Joe Shmoe’s and amputees in less developed countries.

More TED talks to listen too…