A Talking-Head in context of a video shoot or video marketing is a shot where a person talks directly into camera as if addressing the viewer personally.

Not too long ago addressing an audience directly by any body but news anchors, journalists, documentarians, and politicians was frowned upon.

In ancient plays, the Greek chorus ran a running commentary on the proceedings by addressing the audience directly from the stage, which is referred to as “breaking the fourth wall”. A great example of which is Kevin Spacey’s character Frank Underwood in the Netflix series House of Cards.

With the increased use of video in corporate communications, ‘talking-heads’ today are standard operating procedure addressing th 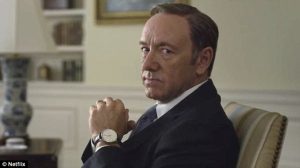