A Lavalier Microphone, or Lav, or Lav Mic, is a clip-on microphone that goes on the interviewees clothes as close to the mouth as possible.

A lav is mostly used in conjunction with a boom microphone to give the editor an alternative, and to capture sound closer to the source without much background interference. 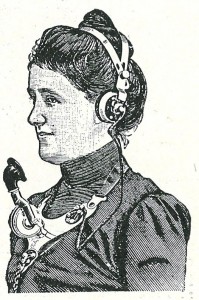 My personal pet-peeve with Lav’s is when they are visible. A good sound person get’s the Lav to disappear into the folds of closing without any rustling of clothes being recorded (that’s where Dr. Scholl’s bunion cushions comes in).

[Wikipedia]: The term lavalier originally referred to jewelry in the form of a pendant worn around the neck. Its use as the name of a type of microphone originates from the 1930s, when various practical solutions to microphone use involved hanging the microphone from the neck.